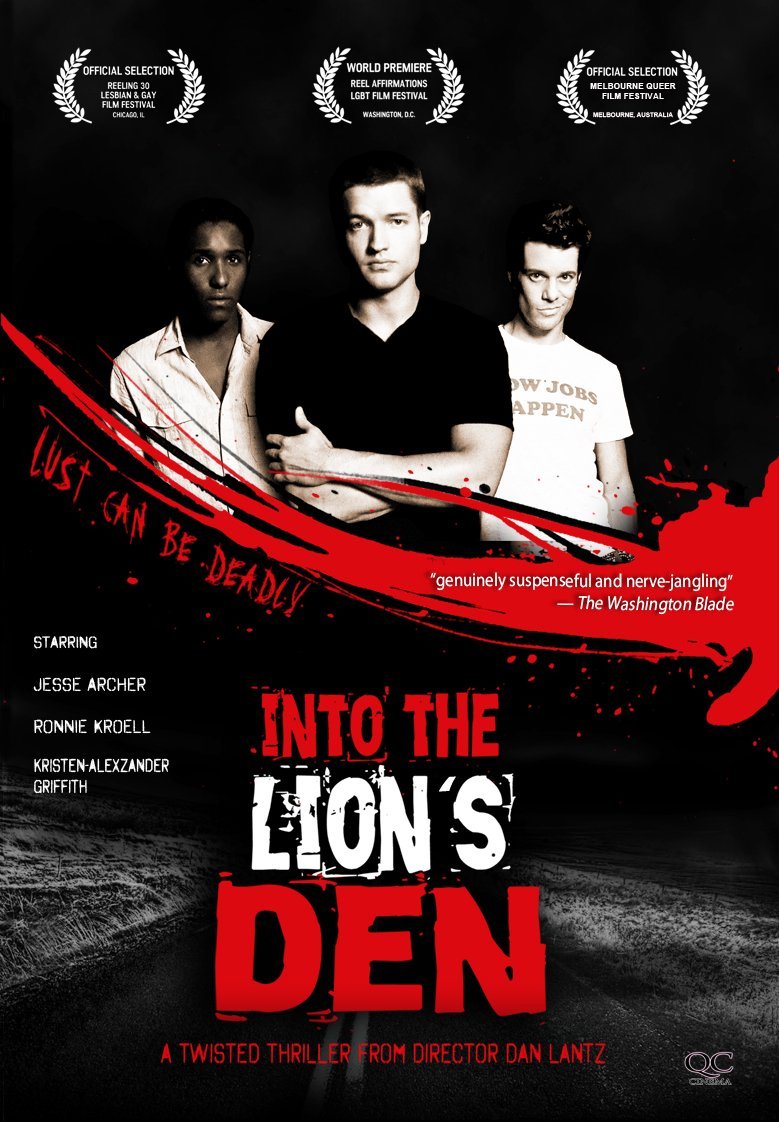 With the title of this movie, I doubt that screenwriter Philip Malaczewski is referring to Dave Salmoni, the animal trainer and TV personality who was attacked by a lion several years ago. Malaczewski's title might be more of a nod to the Bible, which the Book of Daniel recounts in its sixth chapter a story of a man thrown into a pit of wild felines but who came out unscathed due to his faith. Malaczewski could be interpreting that parable but for a gay audience.
The movie directed by Dan Lantz deals with predominantly gay characters. It stars Jesse Archer, the openly gay actor and writer who burst onto the scene in 2004 with the first of a series of gay romantic comedies. This is Archer's first foray out of that and into the more profitable horror genre. Archer plays Johnny, one of three friends on a cross-country trip to Manhattan from Los Angeles.