A man, his lover and his mother 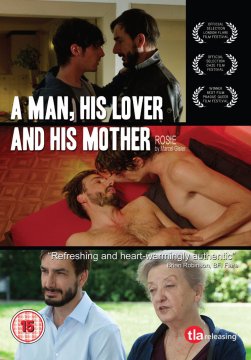 A man, his lover and his mother

Is there anything more complex than a gay man’s relationship with his mother? When gay writer Lorenz returns from Berlin to his native home, a small town in Switzerland, he thinks his only concern is taking a break from writer’s block. But he is confronted by some uncomfortable problems; his mother, Rosie, is growing unable to live without help. She is an infuriating but blisteringly honest individual (beautifully played by veteran Sibylle Brunner) who refuses to accept a life without cigarettes and alcohol.

Mario, son of an old family friend, reveals himself to be a fan of Lorenz and his devotion becomes an issue after an unexpected one-night stand. Lorenz’s sister is fed up with looking after their mother and some family skeletons are revealed. With Mario helping to look after Rosie, all the problems seem to be meshing together, making resolution ever more difficult. Refreshing and heart-warmingly authentic.