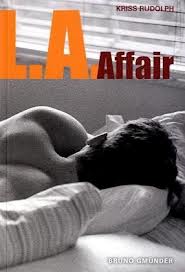 Ben, a charming, chaotic guy from Germany‘s capital, makes a dream come true and moves close to where his friend Adam lives. He became acquainted with this hot dude from California via the Internet. However, Adam suddenly gets cold feet and does not turn up at the airport. Contrary to the well-meant advice from his best friend Paula, Ben decides to remain in L.A.“Happy ends only exist in Hollywood”, says Paula, who would prefer that Ben finally came back to Berlin.“I AM in Hollywood”, Ben replies and remains stubborn. And that is how Ben‘s L.A. affair begins—quite differently from what he expected.