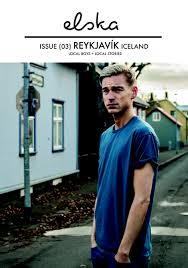 There were originally two people named Toni K on the Elska Helsinki shoot schedule. The guy you see here is the second, but the first Toni K was never shot for the edition.

Toni K-1 was actually the first person found for Helsinki. He wrote to us with just a speculative email saying that he’d love to take part if we ever planned to come to Helsinki. When we did decide to come, he was the first to know and he first to go onto the schedule. However, despite his enthusiasm, I didn’t get a story from him. Then a week before the shoot I sent a reminder but got no reply. I even saw the two little blue ticks on WhatsApp indicating he’d read the message I sent. I'm not sure what happened because..