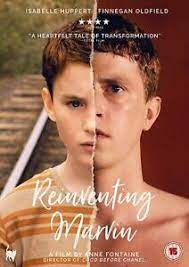 French drama based on true events in which a young boy named Marvin Bijou (Finnegan Oldfield) struggles against his family's oppressive views of sexuality and personal identity.

Unable to find his place in school, he is approached by a drama teacher who introduces him to a student acting troupe where he finally finds a sense of belonging.

When he approaches his family about his new-found hobby, however, they are less than accepting and refuse to encourage his efforts.

As Marvin finally outgrows his family home, he heads to Paris where he can at last identify his true self and pursue his passions.