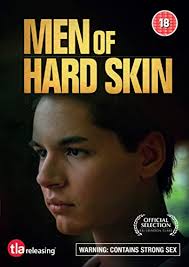 Argentinian gay-themed drama written and directed by José Campusano. The film follows Ariel (Wall Javier), a young man living and working on his father's rural farm. Although his father refuses to accept his homosexuality, Ariel has been involved in an exploitative relationship with an older Catholic priest for a number of years. When the clandestine relationship comes to an end, Ariel begins to embrace and explore his sexuality and begins a relationship with one of his father's employees.