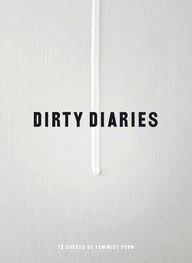 Dirty Diaries is a 2009 collection of thirteen pornographic short films made by Swedish feminists and produced by Mia Engberg. The individual films are highly diverse in content, although many of them feature humour and different forms of queer sex. The creative decisions were based on a manifesto with the aim to create pornography that is non-commercial and follows feminist ideals.

The film sparked controversy before and after its release because of sexually provocative content and the fact that it was mainly financed through public funds. Film critics were split in their reception; some found the film amusingly provocative while others thought it was dull.

The thirteen short films that make up the entire collection vary considerably in length and style.