Life And Death In Hitler´s Concentration Camp For Women 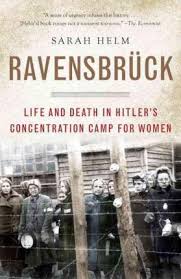 Life And Death In Hitler´s Concentration Camp For Women

Months before the outbreak of World War II, Heinrich Himmler—prime architect of the Holocaust—designed a special concentration camp for women, located fifty miles north of Berlin. Only a small number of the prisoners were Jewish. Ravensbrück was primarily a place for the Nazis to hold other inferior beings: Jehovah’s Witnesses, Resistance fighters, lesbians, prostitutes, and aristocrats—even the sister of New York’s Mayor LaGuardia. Over six years the prisoners endured forced labor, torture, starvation, and random execution. In the final months of the war, Ravensbrück became an extermination camp. Estimates of the final death toll have ranged from 30,000 to 90,000.
For decades the story of Ravensbrück was hidden behind the Iron Curtain. Now, using testimony unearthed since the end of the Cold War and interviews with survivors who have never talked before, Sarah Helm takes us into the heart of the camp. The result is a landmark achievement that weaves together many accounts, following figures on both sides of the prisoner/guard divide. Chilling, compelling, and deeply necessary, Ravensbrück is essential reading for anyone concerned with Nazi history.