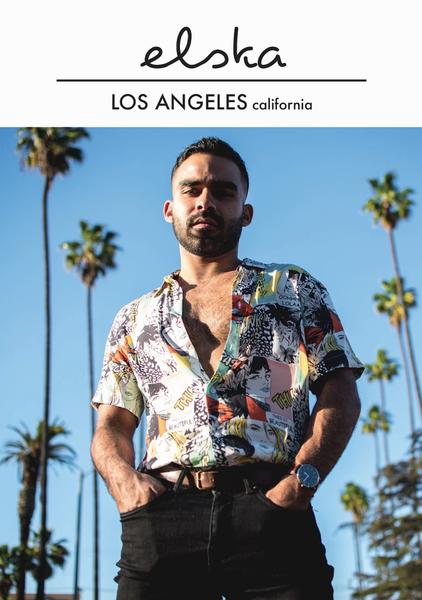 Our eighteenth Elska issue is our second to be made in the USA, out west in the land of palm trees, petrol stations, and dreams - Los Angeles. Even bigger than our last edition, which was at the time our biggest ever, this has 184 pages of local boys and local stories, so you can get to know the real LA and its men.

Each of the seventeen local men that you will meet inside were photographed in their homes and in their neighbourhoods, presented with a natural style that melds documentary portrait photography with a bit of sexiness. The lack of airbrushing or artificiality helps you get to know them as they are and to see different kinds of beauty, which is really quite special considering that LA is so known for being fake. Then the stories that accompany their pictorials, all written in their own words, get you even closer, as if you were right there with us meeting these men.

While Elska has become known for featuring 'everyday guys' rather than being another magazine to worship celebrities and supermodels, there do happen to be a few rather well-known men here. It's only natural considering that LA is the capital of the entertainment world that some people in 'the industry' would stumble into the mix, but everyone is welcome in Elska, and all the men in Elska adhere to our vision and values: honesty and positivity.

Some of the men you'll meet in Elska Los Angeles include: