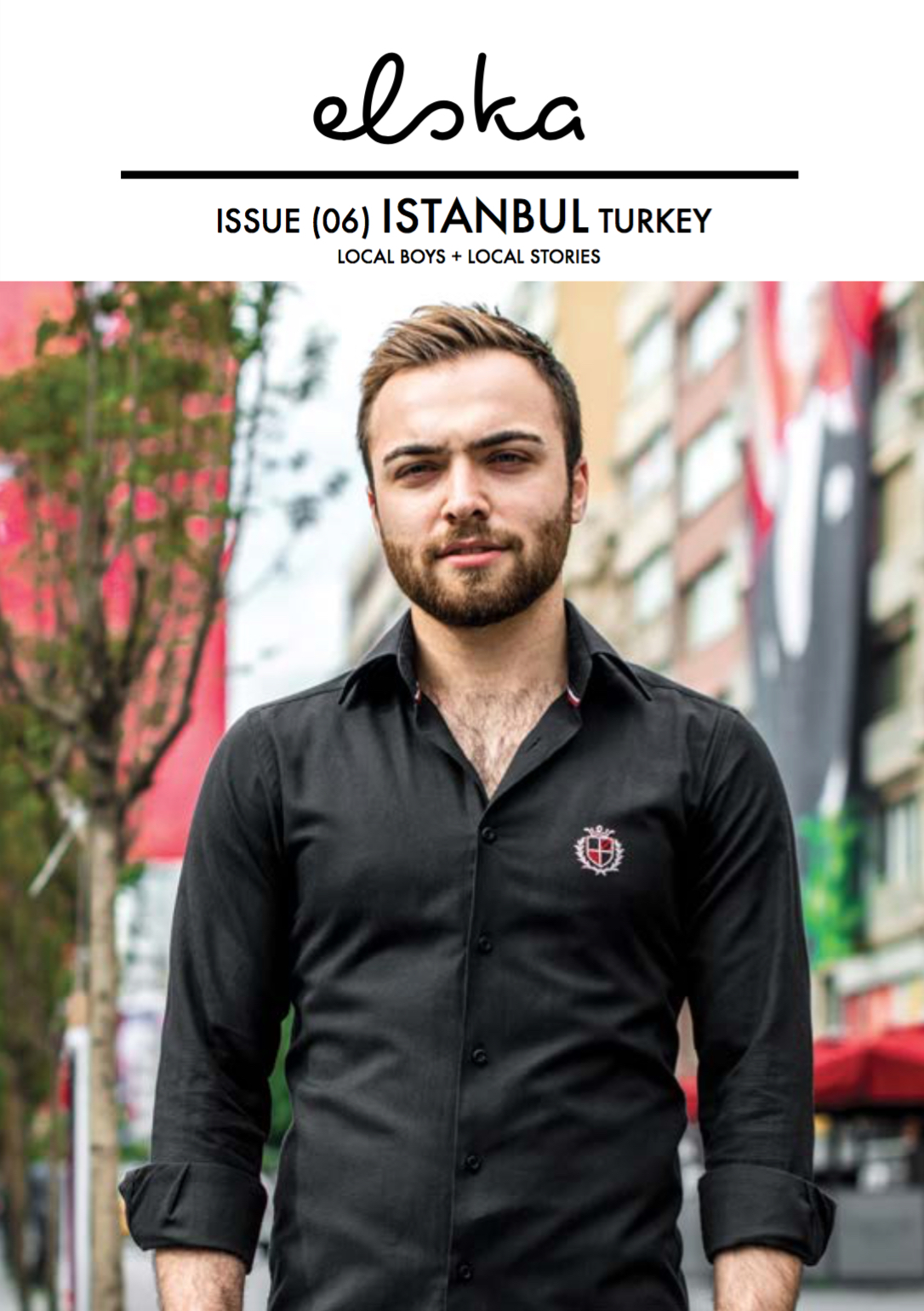 The sixth in Elska Magazine’s series of male photography, culture and travel ‘bookazines’ has been dedicated to Istanbul. The ancient Turkish metropolis, home to more than fourteen million people, is the largest city in Europe and provides a fascinating setting for a run that has so far seen visits to Ukraine, Germany, Iceland, Portugal and Taiwan. Each edition of Elska is distinctive, and Istanbul, a city straddling Europe and Asia, provides one of the most captivating backdrops yet.

Inside the issue you’re introduced to fifteen local boys, photographed throughout the city and in their homes, each accompanied by a local story written by them. It’s much more than a photobook or pin-up mag, allowing you to get to know each man in a most intimate way. Furthermore, the pictures are developed in a natural style, unairbrushed or filtered; and the stories they write are unedited and printed in their original languages (followed by English translations). This uniquely Elska format reveals that these men, none of whom are professional models, are not just pictures but real people.

While undoubtedly an exciting setting, Turkey does have its challenges. There have been frequent terrorist attacks this year, plus a violent crackdown of Istanbul’s annual Pride march by the police. Additionally there is a strong conservative faction of Turkish society to deal with. “At first I was worried about whether doing an issue in Istanbul was feasible at all” says Elska founder and editor Liam Campbell. “Being a predominantly Moslem country I feared that society would be too closed and it would be impossible to find men to participate. However, despite the troubles, Istanbul is bar none the LGBT capital of the Moslem world, full of passionate people who fight to find their place and not be invisible. It was actually one of the easiest issues yet in terms of finding men to shoot.”

“Doing an issue somewhere like Berlin, like we did for Issue (02), can be a pleasure, but there’s something fulfilling about tackling a place like Istanbul. Providing a stage for men who are too often hidden in their country feels especially rewarding, and it challenges the stereotypes of readers, which abound particularly toward Islamic countries which many think are devoid of gay culture.”

Elska Magazine is sold in over thirty-five retailers worldwide or for order online. The 156-page Issue (06) Istanbul is available as a print or as a tablet/iPad version. A list of stockists and details of the subscription service can also be found on the Elska website, www.elskamagazine.com.