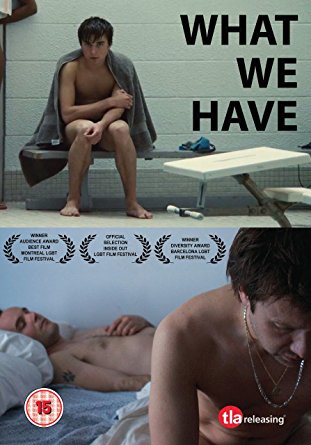 WHAT WE HAVE charts the journey of Maurice Lesmers, a gay actor and teacher, who finds himself lost in translation in Northern Ontario. Fleeing from his troubled past in France, Maurice s romantic sense of Canada leads him to seek refuge in a remote community where he discovers little outlet for his Parisian appetite for one-night stands. But things get complicated after he takes a job tutoring French to 15-year old Allan, a shy student struggling at school, and with his sexuality. When he lands the leading role, Maurice finds himself surprisingly romantically to the theatre company s charismatic manager, Michael. But their relationship is endangered when Maurice gets caught up in Allan s adolescent world- risking everything to protect his young student who develops a hard-to-resist attraction for his enigmatic European mentor.