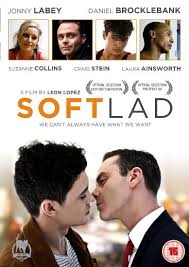 Twenty-two year old David has it all he s young, hot, and he s just got into the prestigious dance school of his dreams. But he has a secret: for two years he s been sleeping with his sister s husband, Jules. After an argument between the two lovers, David throws himself into a one-night stand with Sam, a casual encounter which fast becomes something much stronger.

Unable to express his feelings to anyone, Jules is slowly driven mad by his secret desire for David, and jealous of his newfound, public relationship. When David s sister, Jane, insists he brings his new boyfriend over for dinner, Jules snaps, revealing in turn a secret which none of them can ignore.