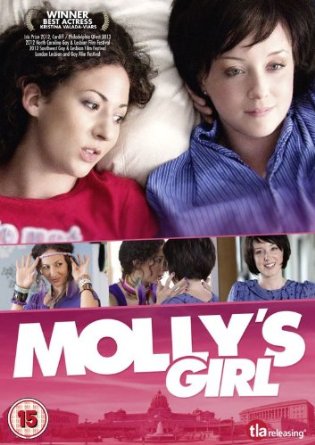 Fed up with trying to score a male companion at singles night, feisty, but awkwardly eccentric Molly (Kristina Valada-Viars) rolls up to a bar and stumbles upon gay marriage activist Mercedes (the fiery Emily Schweitz) who was recently dumped. The two spark a passionate conversation that leads to a one-night stand and Molly’s first lesbian encounter. However, neither turns out to be exactly what the other had imagined, leading both down unexpected, frequently hilarious paths. Consistently funny and surprisingly touching, Molly’s Girl is a romantic comedy with a huge heart.