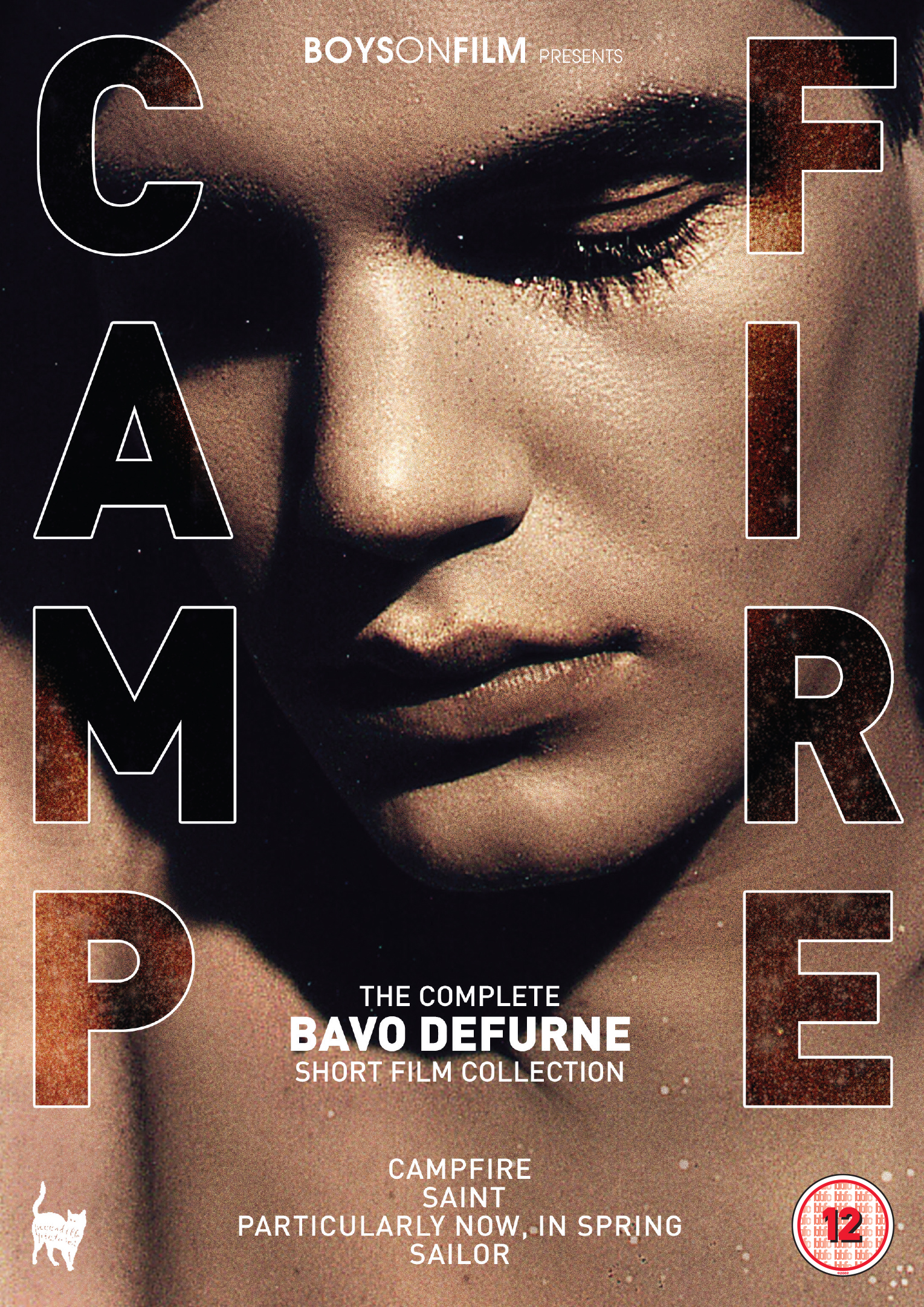 BOYS ON FILM is proud to present the complete short film collection of Bavo Defurne (North
Sea Texas), a beautiful imaginative series that reflects on different aspects of youth and
sexuality: CAMPFIRE, SAINT, PARTICULARLY NOW IN SPRING, SAILOR.
Defurne’s short films have wowed festival audiences all over the world and won numerous
awards. His fluid directing style playfully takes reference from works of art and legendary
filmmakers and creates something unique and original. The short films collected in CAMPFIRE
showcase the foundation of an unusual directing talent with astonishing visual flare.

CAMPFIRE
A lovesick boy scout is forced to choose between his girlfriend and his best friend as their
camping trip turns into a tension-filled journey of self discovery. Shot by Chantal Akerman’s
favoured cinematographer, Jean-Claude Neckelbrouck, CAMPFIRE is filled with magical
images of lush, rolling countryside, insects and animals scurrying about in the dead of night,
pensive glances and water dripping off bathing bodies.
SAILOR
A simple story about a teenager who falls in love with a sailor, Defurne’s extraordinary magical
and poignant film perfectly captures the dreams and uncertainty of first love that has not yet
been tainted by cynicism. After they part the boy imagines his sailor’s adventures across a
mythical, star-lit sea and into the depths of a jungle, confident in the knowledge that he
occupies the sailor’s thoughts.
PARTICULARY, NOW IN SPRING
Capturing the moment when a seventeen-year-old boy is about to leave the safety of
childhood behind him, PARTICULARLY NOW, IN SPRING, although not specifically gay, aches
with gay desire. Defurne’s camera frames the boys as they compete in athletics like characters
from Leni Riefensthal’s ‘Olympia’, and we suspect that what bonds them so closely may be
unspoken, or even unconscious, desire. PARTICULARLY NOW, IN SPRING was Defurne’s first
film to achieve extensive exposure at international film festivals.
SAINT
Few artists have managed to make the violent death of the scantily-clad Saint Sebastian
appear quite so seductive and horrific simultaneously. Olaf Nollen’s martyr is also the most
beautiful saint in cinema’s reliquary, his unmoving, placid expression almost devastating and
uncomfortably desirable. Defurne’s build-up to the first arrow being fired grips with agonising
tension and a brilliantly timed false start delivers a coupe de cinema worthy of Hitchcock.