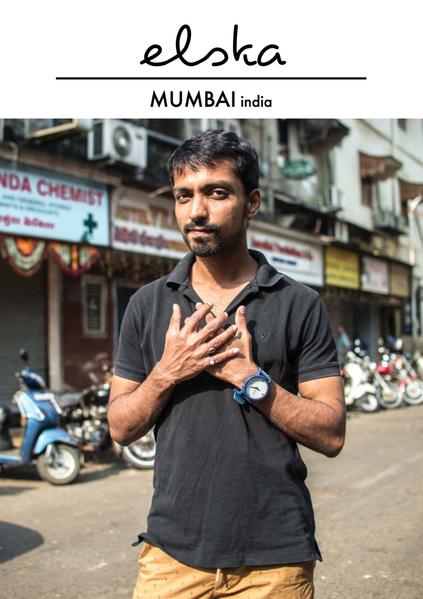 Elska Magazine, an up-and-coming queer indie mag that dedicates each issue to a different city, has put the spotlight on Mumbai, India’s largest city, for its latest adventure. Inside are photo spreads of fifteen men, shot in the streets and in their homes, along with accompanying stories written by the boys themselves. These personal stories along with a naturalistic photographic style lets readers get to know each of the men intimately and provides unique cultural insight about the city and its LGBT life.

Says Elska’s founder, chief photographer, and editor Liam Campbell: “After we did our first issue in Asia, in Taipei, we realised how invisible Asian men are in the media, and in gay media especially. We then noticed that South Asian men are even less visible, so it seemed an obvious choice to make an issue in India. However, despite its consolidated democracy and economic boom, society still is very conservative. So even with a population of twenty million, finding boys willing to take part wasn’t easy at first.“

Liam continues: “Perhaps it was due to the dominance of Mumbai’s entertainment industry, but a majority of people who initially responded to our calls were professional models and actors seeking a break in an ‘international magazine‘. But once they understood that 90% of Elska readers are gay, they disappeared. However a few men did come forward who were committed to the Elska project, and they helped spread the word and make the issue happen. As it turned out, there is a large and growing LGBT community in Mumbai, which is less and less underground. The stories written by the boys give particular insight into queer Indian life and some of the boys themselves are really helping build visibility and positivity for gay life here. One for example is an out actor, another an out designer, and another an out director who just released one of Bollywood’s first gay films.”

Elska is fast building a reputation for its diversity and inclusiveness with each issue. To recruit participants for each magazine, Elska puts out notices on social media announcing their upcoming arrival in the new city. Everyone who volunteers can be included in the issue regardless of age, race, body type, style, etc. “Our main mission is authenticity. We’re not forcefully trying to impose diversity but rather just want to take the reader on a journey with us. When you travel somewhere where you don’t know who you will meet, who will make an impact on your life. We want the reader to come along and experience each city and meet the boys just like we did,” says Liam.

Elska’s Mumbai issue is its largest yet at 168 pages. A launch party and talk with two of Elska’s team will take place on 9th March at the LGBT Center in New York. Free posters will be given to people who buy the issue on the night, and part of the proceeds will go to the Bureau of General Services.