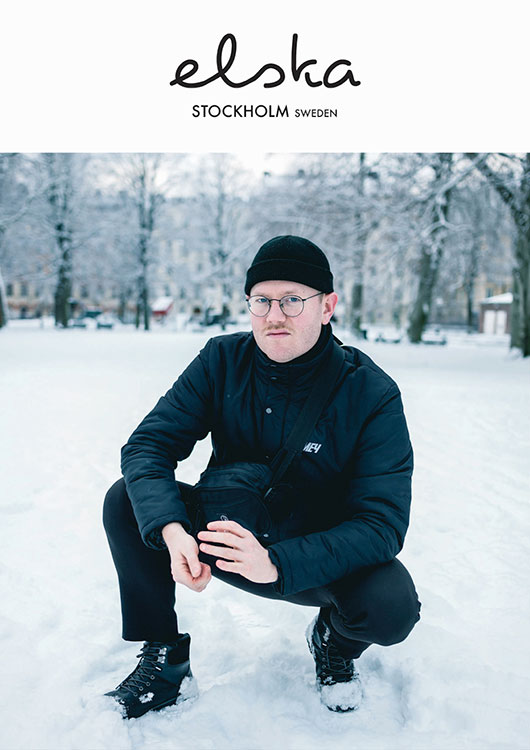 Elska Magazine, the gay photography and culture project that travels around the world meeUng everyday men from diverse LGBTQ communiUes, releases its latest issue. This Ume they headed to Stockholm, Sweden where readers are invited to get to know the city and some of its gay residents through honest photography and personal storytelling.

Stockholm is an incredibly beauUful city, set on a series of islands and full of grand old buildings, cute bridges and pre[y streets. Each of the men who parUcipated were photographed both out in the wintry landscape of the city and in their homes, giving a selecUon of some of the coolest outdoor photography and cosiest indoor photography ever published in Elska. It’s also one of the most surprising issues, revealing the notoriously shy and reserved Swedes in a most inUmate way.

“Stockholm is our third issue set in the Nordic region (following our top-selling issue to date, Elska Reykjavi?k) and there are definitely some similariUes” says Elska editor and chief photographer Liam Campbell. “It’s not just about the men having a certain Scandinavian look but also about similariUes in their adtudes, which are revealed in stories that are someUmes tentaUve or even maudlin. Perhaps this was due to the fact that we met during the cold and dark winter, which affected the aestheUcs of the images as well as the adtudes of the parUcipants, who required more Ume than usual to get comfortable with the camera. It meant that shooUng this issue involved a fair bit of drinking coffee, chadng, and relaxing together. But rather than feeling like a burden, the result is that I feel like I got to know these guys more than parUcipants in many of our previous issues, and hopefully this will be part to the reader experience as well.”

Some of the men in the Stockholm issue include:

Linus L, who talks about what good can come from ledng go of self-consciousness and preconcepUons;

Albin H, who recounts the moment when he finally came to accept himself for his ‚faults‘, and to view what he thought was a negaUve as a posiUve;

MarUn FJ, who confronts his indifference towards relaUonships amer a night spent with one more guy from a hook-up app;

Andreas S, who wonders if he’s the ‚wrong type of gay‘ or if it’s OK to just be himself;

Patrik G, who looks back at the rise, fall, and re-emergence of LGBTQ culture in Stockholm;

Mathis F, who speaks of the frustraUng duality of a city that contains so much beauty and a fair amount of misery as well.

‘Elska Stockholm’ is 200 pages. It the first in the publicaUon’s new format which includes a larger size, more pages, more luxe paper, and a more spacious and aroul design. It is available in a classic collecUble print version or in a downloadable e-version. A companion zine called ‚Elska Ekstra Stockholm’ which contains ou[akes and behind the scenes tales is also available.