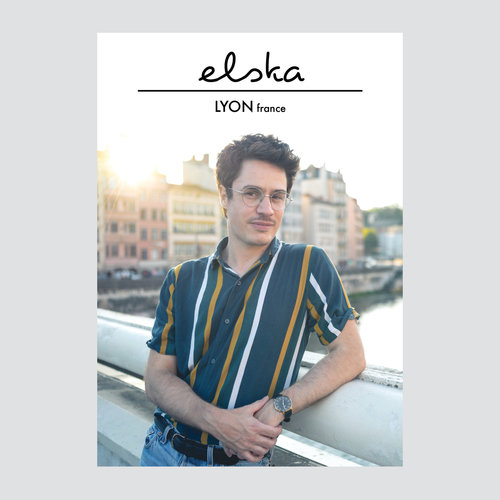 Our twentieth Elska Magazine issue is our first to be made in France, and we chose Lyon, the country's third biggest city, for our focus. Inside, readers are introduced to a selection of local men from the local gay/queer community and you are invited to get to know them through natural and intimate photography and personal stories.

Lyon is a ridiculously beautiful city, full of charming old buildings, cobbled streets, and cute little bridges flanked by embankments. This means that the backdrops of the images are some of the most stunning seen in any Elska issue. Lyon is also home to a remarkably relaxed pace of life, considering that the metropolitan area is home to over two million people. This is translated into the stories that the men chose to wrote, which are generally upbeat and romantic.

Some of the men you'll meet in Elska Lyon include: